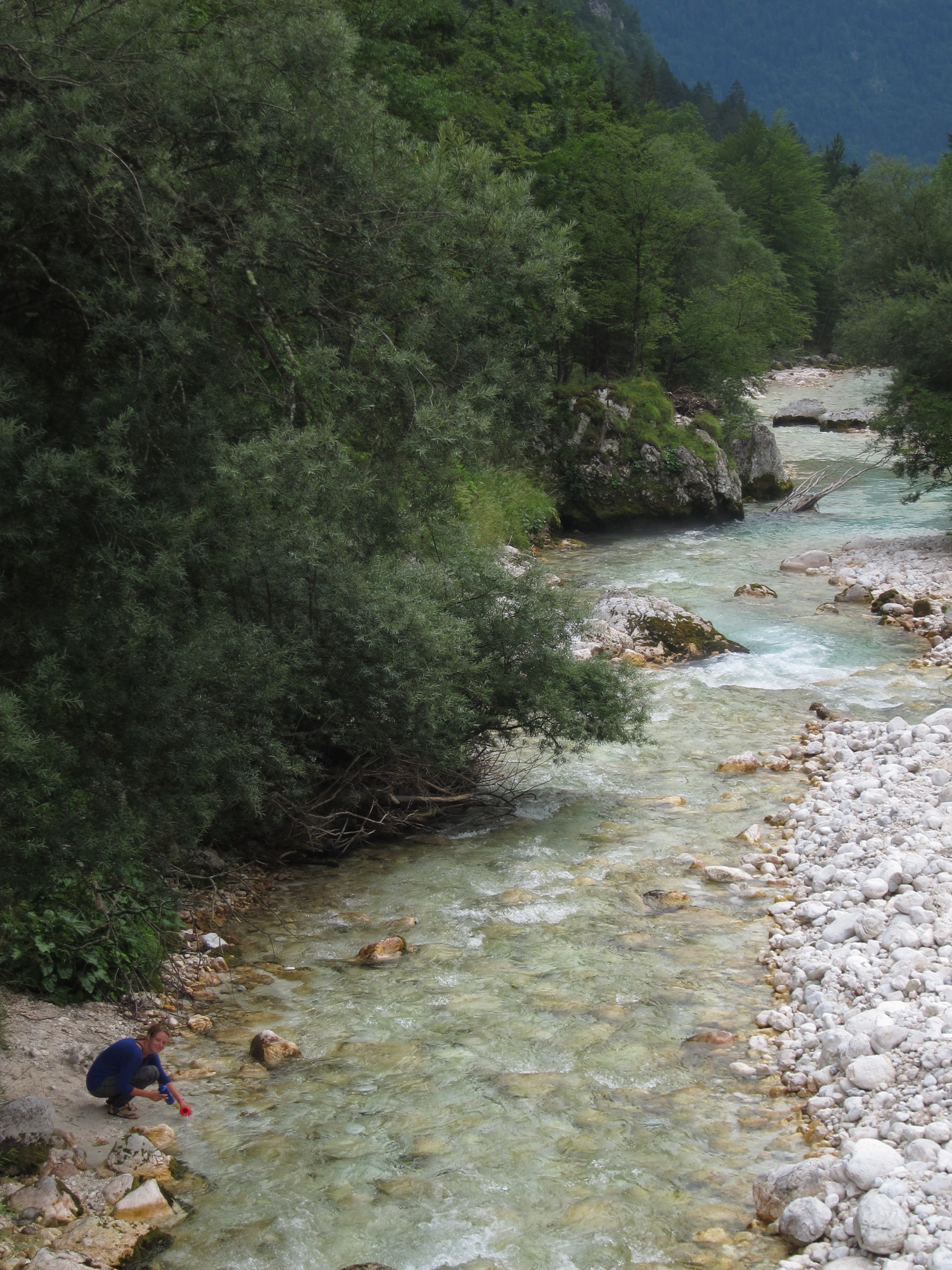 I am glad to report that we are on the move again. Antonio’s neck is un-stuck, and after taking a bus and train from Mostar (Bosnia) to Ljubljana (Slovenia) to make up for the week we didn’t cycle, we are now in France.

I was going to write that how, after nearly five months of touring and 6000km, we are really getting this whole cycling thing. But then I remembered how we left both our front wheels behind at the bus station when we had to change buses, and suddenly I am not so sure because what cyclist leaves half of their bike behind in the busstation.

Cyclists that still, after five months, have no clue what’s going on, that’s who. Hi, nice to meet you.

At least we have settled into a more or less comfortable routine. This took a while, as we had never seriously travelled together before, let alone on a bicycle. We are also in this trip for slightly different reasons (me: cycling, challenge, nature. Antonio: food, seeing things, food and nature) so that took a while to work out, but since Antonio has learned the meaning of the Dutch word ‘stoempen’ things are going a lot better (faster). “We must stoempen Rose, STOEMPEH!”

We might, however, still be the slowest cyclists ever. Before starting the trip I calculated that with 70km a day on average we would make it to Spain in six months, cycling all the way. I can now tell you that this was outrageously optimistic. I feel like only recently, since Slovenia, we have been topping the 70km/day more or less consistently. On average we’re on the bike between 4,5-5,5 hours, with the record being only 6,5hours or so.

That’s not a lot. Now I think about it, we might actually spend more time on breaks than on cycling. There is a lot of coffee to be drunk, and local pastries, cheese and ham to be sampled. Sometimes I read blogs of other cyclists that get up at like 5am to start the day, and all I can think of is “Who are you people?!” and wishing I could do the same (because I am one of these crazy morning people). We met a German cyclist in Greece that had four panniers and a trailer and put in 150km+ days. I think he must have been an alien.

Another thing we totally suck at is bike maintenance. Now, there are a remarkable amount of cyclists completely obsessed with gear. Everything needs to be the best, the latest and the lightest. They will also tell you things like “You need to change your chain and cassette every 2000km” to which I say: bullshit. We have done 6000km and haven’t changed a thing and it is working fine. Most of the time. I actually tried to get my cassette changed in Greece but the bike mechanic wouldn’t have any of it. Don’t fix something that ain’t broken! OK dude…I was only trying to give you my money. No wonder your economy sucks.

No matter how slow we might be, on our rickety creaking bicycles, we are slowly but surely heading home. Only one border crossing left, only a few weeks to go, and we will take off our panniers for the last time. I look forward to sleeping in a bed, to have the distractions of modern life at hand, and most of all to see my friends and family. But I’ll miss the sense of accomplishment that comes with reaching the top of yet another freaking mountain pass, of sleeping under the stars, and of living every moment.