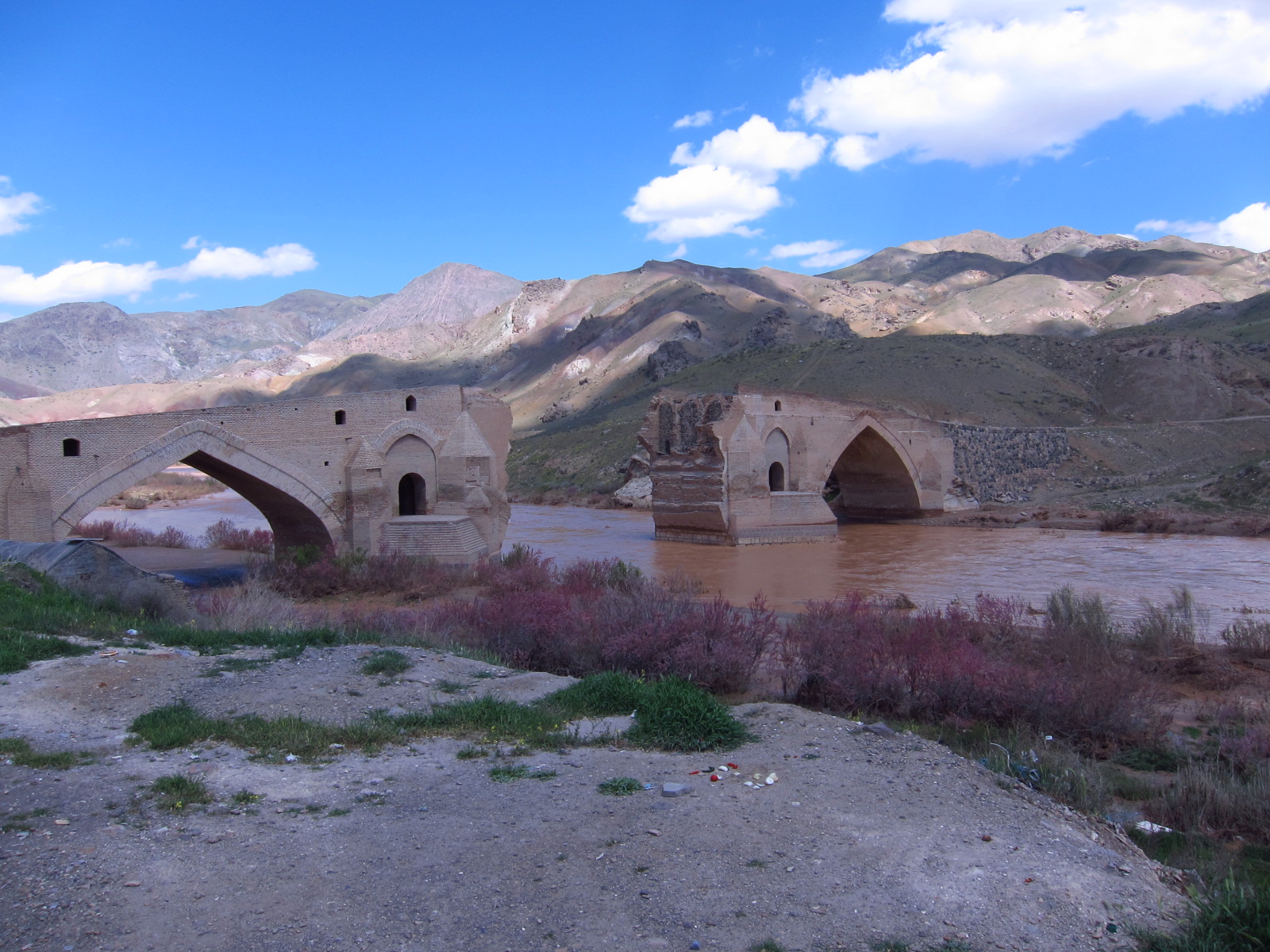 Iran is easily one of my favorite countries I have ever traveled in. Surprisingly, it is also one of the easiest countries I have traveled in, although this is perhaps difficult to compare with non-pedal-powered forms of travelling. Mostly due to the hospitality and generosity of the Iranian people, but also because of the beautiful stunning and varied landscapes, ancient historical sights, delicious food. So, to sum it all up without going into lengthy detailed descriptions: here are some of the highs and lows of our trip so far.

We have tried to avoid most cities, especially Tehran as it would be just too busy, too crowded, too polluted and too out of the way for this trip, but that doesn’t mean we didn’t have a good time in some of Iran’s ‘smaller’ cities.

Winner is definitely Isfahan, although it was a close tie with Shiraz. We spent a week in Isfahan, powerwalking through the city with our host Hamid, sampling all the delicious food and admiring the sights. We didn’t do any official sightseeing (i.e. we were too broke to pay the entrance fees for anything) but had a good time just walking around, eating cheap ice cream and wishing we had more money to buy all of the souvenirs. Sorry mum&dad, one day I’ll be rich and I’ll bring things home!

Sadly (luckily?) not bicycle related. During our stay in Isfahan we were invited to join a desert trip by 4 wheel drive. Despite having lived next to the desert in Oman for over a year, we had never done any dune bashing, so obviously we were in! Loaded in a 4×4 armed with gps, phones, tablets, walkie-talkies, goPros, loud music and a router in the car (welcome to the 21st century Europe – you can learn from Iran!) and lunch we headed of towards Varzaneh, about 100km from Isfahan.

Typical, we chose the best way to do this. Driving through the desert with wind over 50km/h can only mean one thing….

Oops. While the driver was shouting with excitement “Oohh maaaaan we’re alllllll going to DIE!!!” Antonio and I looked at each other in the back seat. We were just really, really glad not to be cycling today.

In Shiraz we stayed with Hamid (50% of men in Iran seemed to be called Hamid), our couchsurfing host who lived in a 500 year old traditional building, complete with courtyard, pools, blossoming trees, original tile work etc. Unfortunately, it had been abandoned for a long time so it was now in being restored to, hopefully, in the future, become a cultural center.

On the thirteenth day after Nowruz (Iranian New Year) Iranians head out to the countryside en masse, leaving the cities empty. This means that this is a really bad day to be on the road. The 2-lane road that we took leaving Arak turned somehow into a 3-lane road with people using the shoulder where we were supposed to cycle on as a third lane, missing our panniers by centimeters. I have never shaken my fist in anger so often (something that is totally not done in Iran) and cursed so many people. We even kicked cars as they drove by and contemplated driving with a big stick so we would be bigger, but this would probably only lead to an actual accident, which miraculously didn’t happen.

Heading from Kamfiruz towards Yasuj it rained. All day. It never seemed to stop. By the end we were so soaked, cold and tired that we took a taxi for the remaining 60km to Yasuj. This turned out be a good decision, as on the ridiculously high mountain pass the rain changed first to sleet, then to snow, and to top it all off there were rocks falling from the mountain too. There is no way we would have been able to cycle through this – not with our gear anyway. Sadly, no picture, as we were too busy arguing with the driver.

We did a three day detour to visit the Khatale Khor Caves and it was worth it. It is one of the biggest cave chambers in the world and around 2km of it is open to the public, although more than 30km has been surveyed. The tour takes around 1.5 hours.

There are also a few restaurants and a park where we camped, but we were almost the only visitors.

Close call between “Bighash”, “Konjineh” and “Far”, but the winner is….

Things were going surprisingly well though!

Iran pride’s itself for being a four-season country, where you can experience all four seasons at the same time. In the south, near the Persian Gulf, it is perpetually summer, in the north there are permanently snow capped mountains and somewhere in between it should be spring and autumn. Visiting in springtime means there were flowers everywhere. Poppies, dandelions, daisies…very pretty! It also makes for a big variation in landscapes, but I think our favorite stretch of road was from Zanjan towards Tabriz, following a river cutting through the mountains. Nice!

2 thoughts on “The Iran Awards: the highs and lows”