What even is this world? It is so beautiful here, and perfect for cycling!

The next morning in Utoro all was quiet, weatherwise, so we set out for a hike in the national park; Shiretoko. We took the bus there (because restday) and had to attend a lecture and video presentation about bear safety before we were allowed on the trails. Shiretoko is famous for its population of Arctic brown bears (better known as grizzlies) and although beautiful, they can be nasty fuckers that have been known to attack people, so part of me really wanted to see one but mostly I really didn’t. And of course we didn’t, but the hike around five small lakes was very beautiful.

After this short 3km hike we hopped back on the bus, got off a stop later, and hiked 4km upstream to a secret outdoor hotspring. Two people barely fit inside, the water was scalding hot but it was amazing! Although not totally relaxed with the knowledge that there are bears around.

On the way back we noticed dozens of salmon in the river! It must be the season where they swim upstream to lay eggs. Very impressive to see them jumping up rapids.

This part of Hokkaido is so wild. Yes, sure, people live here and it is not like we are in remote backcountry, but there is just so much…nature? We have been seeking out the smaller roads, but towns we cross barely have over a few hundred people and one konbini, if we are lucky. We are carrying a lot of food (8 packets of instant noodles…) because we are not always able to find places around lunchtime. And we eat so much. So much! Cyclist hunger is real.

On the way to Lake Kussharo, where we camped last night, we have seen many deer, foxes, buzzards, cranes (!) and this morning we shared our onsen with a weasel that went for a swim. How cool is that! Before Kussharo we visited a crater lake (Lake Mashu), one of the clearest lakes in the world, and a hill that’s spewing steam, gas and sulphur. It stinks, but looks really cool, neon yellow mounts of steamy sulphur. Even in other parts of Hokkaido we have sometimes suddenly smelled sulphur, like there is a volcano just around the corner, which, this being Japan and all, is probably true. 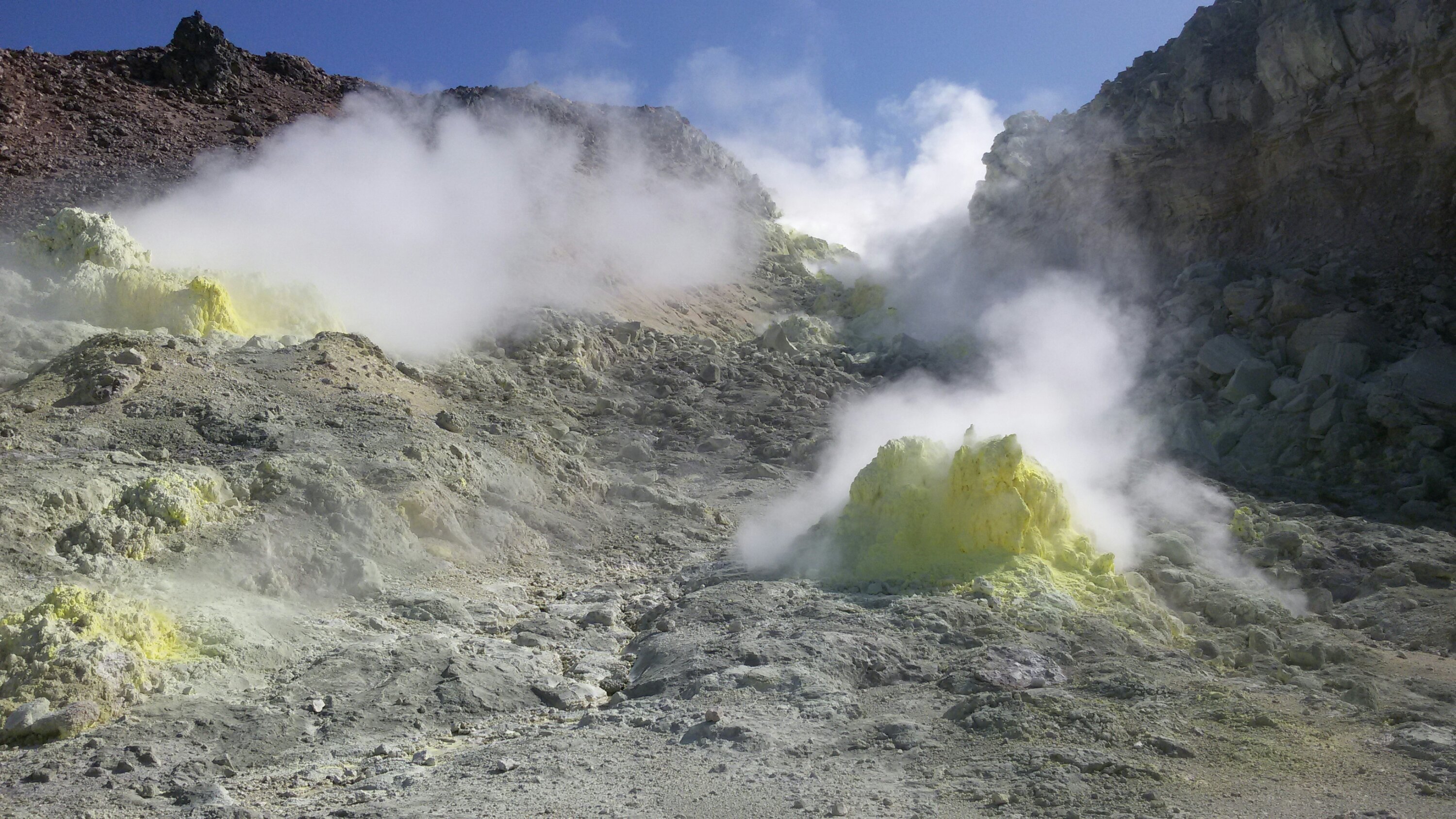 Volcanic activity also means lots and lots of onsen/hot springs, quite a few being just randomly in the mountains somewhere, like the one we hiked to in Shiretoko. The best one we found was on the shore of Lake Kussharo, like, right on the shore, so we could bathe with a view on the lake. And the best part? We had it all to ourselves, so we could take a picture. Normally that would be really rude, with naked people around and such. Imagine being able to bathe in this after a day of cycling! 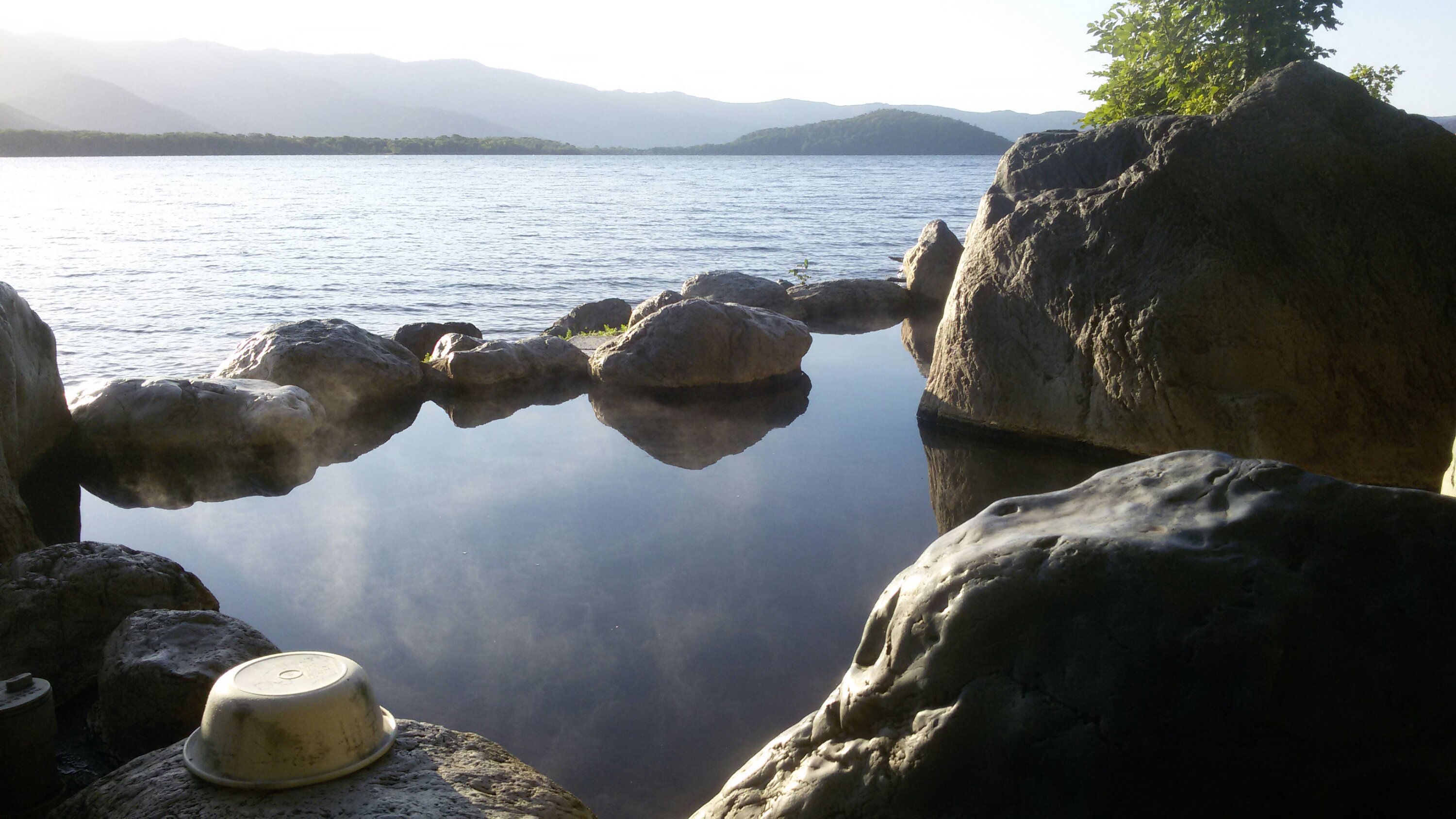