Two days ago I used up all my McGuyver credits for this trip by repairing the pump of our stove with a chopstick and some metal packaging material. The pump wouldn’t build up pressure anymore because the little suction cup at the end kept falling off (needs to be replaced, but we don’t have a spare one), so there I was, sitting by the roadside repairing this thing, while Antonio was washing/drying/airing out everything in one of his panniers because in an unrelated incident (human error) the stove had leaked gasoline everywhere…Fucking stoves. On our previous trip we carried two(!) stoves and they both(!) broke in the same week, so then we bought this one. At least we get a delicious whiff of gasoline everytime Antonio opens that pannier now. Ugh.

Our last week in Hokkaido has been good, apart from the broken stove and yesterday’s storm and rain, and even that could have been way worse: the 40km/hr side wind could have been a headwind and it could have rained all day instead of intermittently, so there is that. And there was an onsen waiting for us at the end of the day, which of course fixes almost everything, so no complaints here.

Speaking of fixing everything, a few days ago we went to an onsen where the minerals in the spring water are supposedly good against “feminine disorders”, whatever those may be. Whatever I had, I am probably cured of it now? I must say that I do feel pretty great, apart from some hunger-induced snarkyness, and these days I am hungry all the time.

We changed our route a little bit so we could take a detour around this volcano. 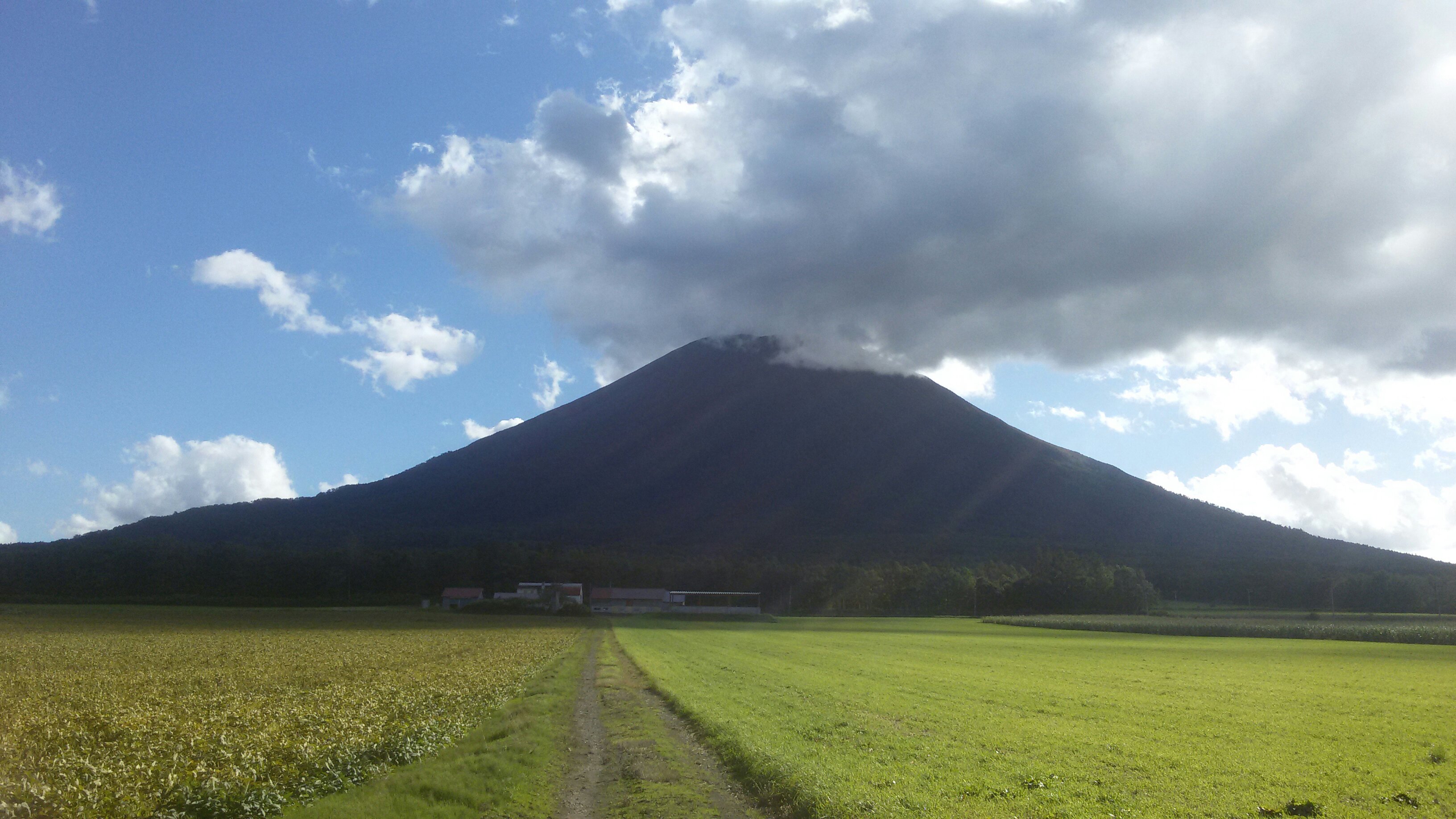 Which gave us a very nice view for almost three days, including a rest day in Kutchan where there is a free campsite, temporarily inhabited by some interesting figures, who invited us to dinner the moment we rolled in. Or, in their words: “Tonight I am Santa Claus, you are so lucky!” Good people, and judging by the half empty bottle of Suntory whisky Santa Claus was pretty lucky too. One had been there for a month, about the others I am not so sure, but they had a proper setup in the common cooking area and were cooking a pork soup with lots of fresh veggies, so who are we to decline? Fresh vegetables are kind of expensive and/or hard to come by in quantities that make sense for us, so they were more than welcome. We also learned that Santa Claus has some kind of healing skills, supposedly, and he declared that Antonio’s left ear will give him trouble when he’s old, and that he has some issues with his back. We will see about the ear, I guess, but he was right about the back, after which he proceeded to lay Antonio down on the bench and bend and twist him in various ways. Crack! We’ll see if that works? I reluctantly gave him a go too, but after feeling my aura or whatever he declared me completely healthy. Must be the feminine disorder onsen, ha!