We finally manage to leave Nikko. Although it was nice to have a day there, it just feels like we haven’t really been moving much the last few days. Not to worry though, we’re about to enter the Northern Alps and there will be plenty of challenging climbs, starting today!

Out of Nikko we head straight towards a series of switchbacks going up to Lake Chuzenji, from where we will summit a 1850m pass. The highest one on this trip so far! 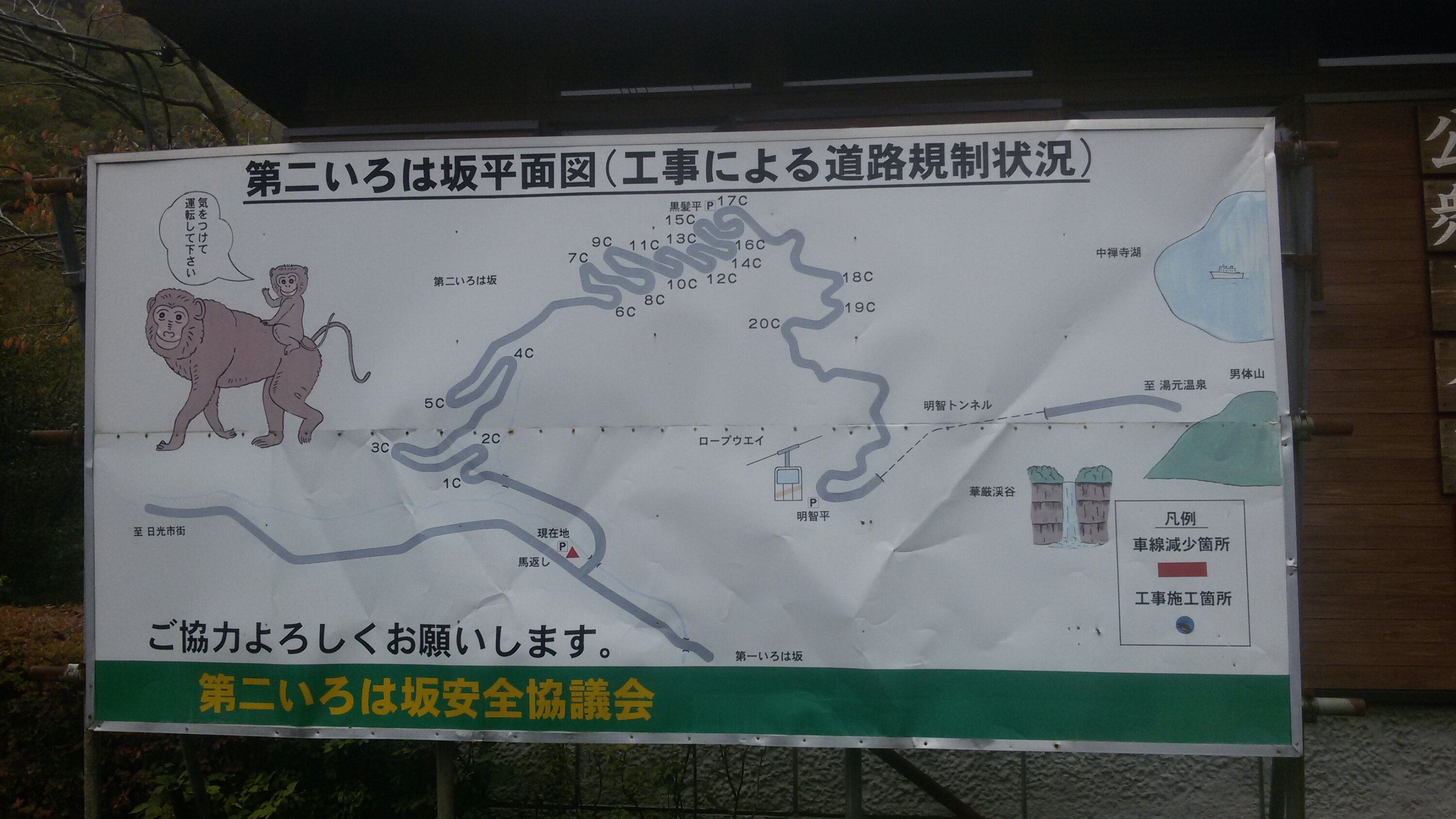 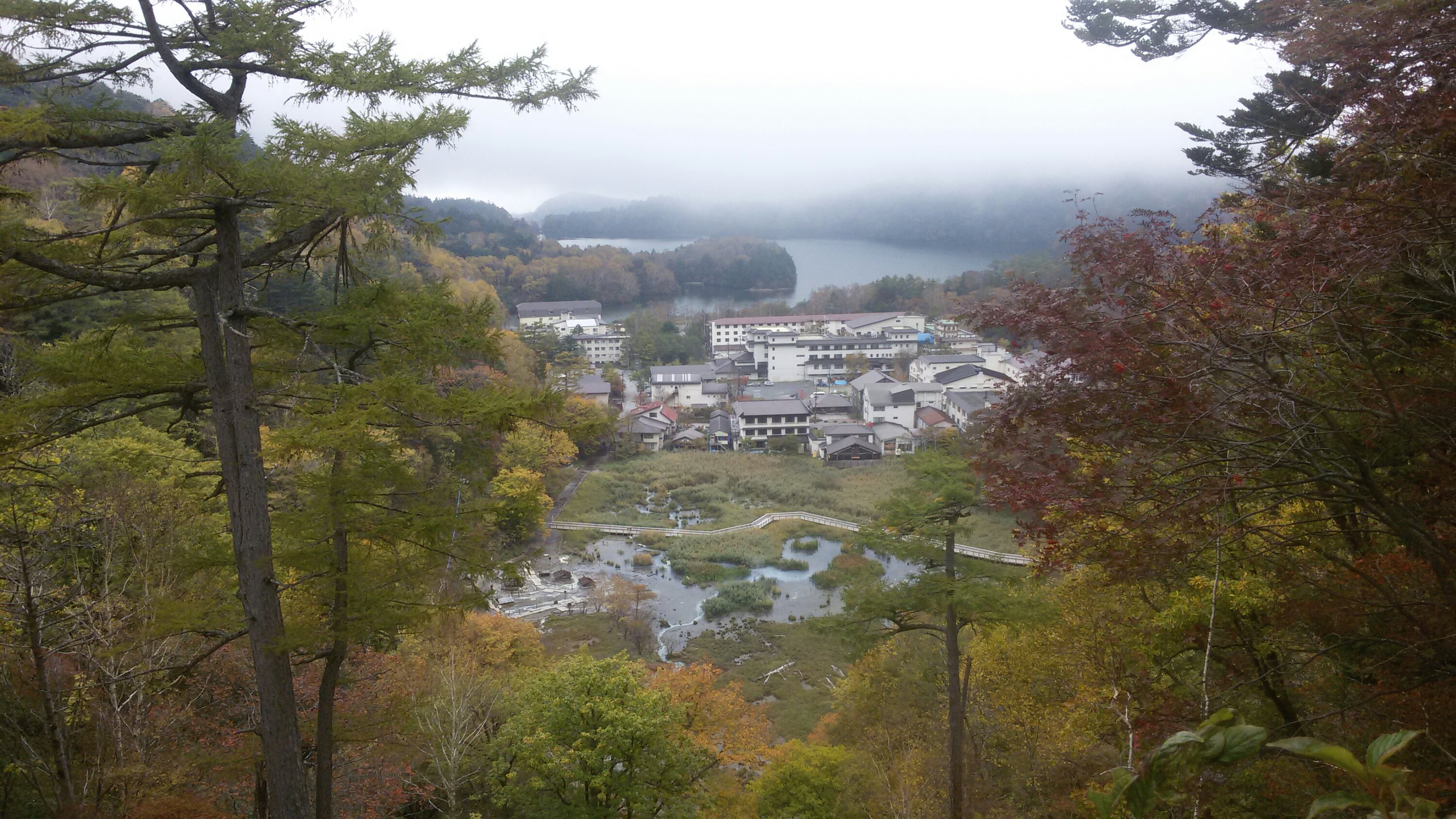 The top is shrouded in fog, so it is a bit cold and miserable. The top is also a tunnel so there is not even a real summit to enjoy, just a long dark tunnel that goes uphill and then downhill, and then *poof* we’re forced to stop on the descent to put all of our clothes on because it is COLD! At the end of the day there is a town with an onsen where we warm up again and hang out in the lounge until our stomachs are calling for food. We gambled on buying a package of mushroom spaghetti sauce. We didn’t have high expectations, but it’s more like a soup than a sauce? We eat sad spaghetti and promptly fall asleep.

We ‘lost’ 10 or 15 km yesterday by stopping early for the onsen, and we’re not going to make up for them today: we have another mountain pass to climb. Only 1450m this time, but it takes forever.

We end the day in the middle of Maebashi, a big city nested in a valley, but we find a tiny (closed? For some reason) park with a waterfall and picnic bench so all is perfect. We nearly set the bench on fire while boiling water for our noodles, because we spilled gasoline on it. Oops.

We still haven’t made up for the missing kilometers and vow to do so today: then we will be in Kusatsu, a town where we can have a rest day and pick up a package from the post office with new gloves for Antonio.

But…we have a stupid amount of ascent to do because we didn’t make it out of the valley yesterday. So up up up we go, to Lake Haruna, which is on top of a volcano and very nice. 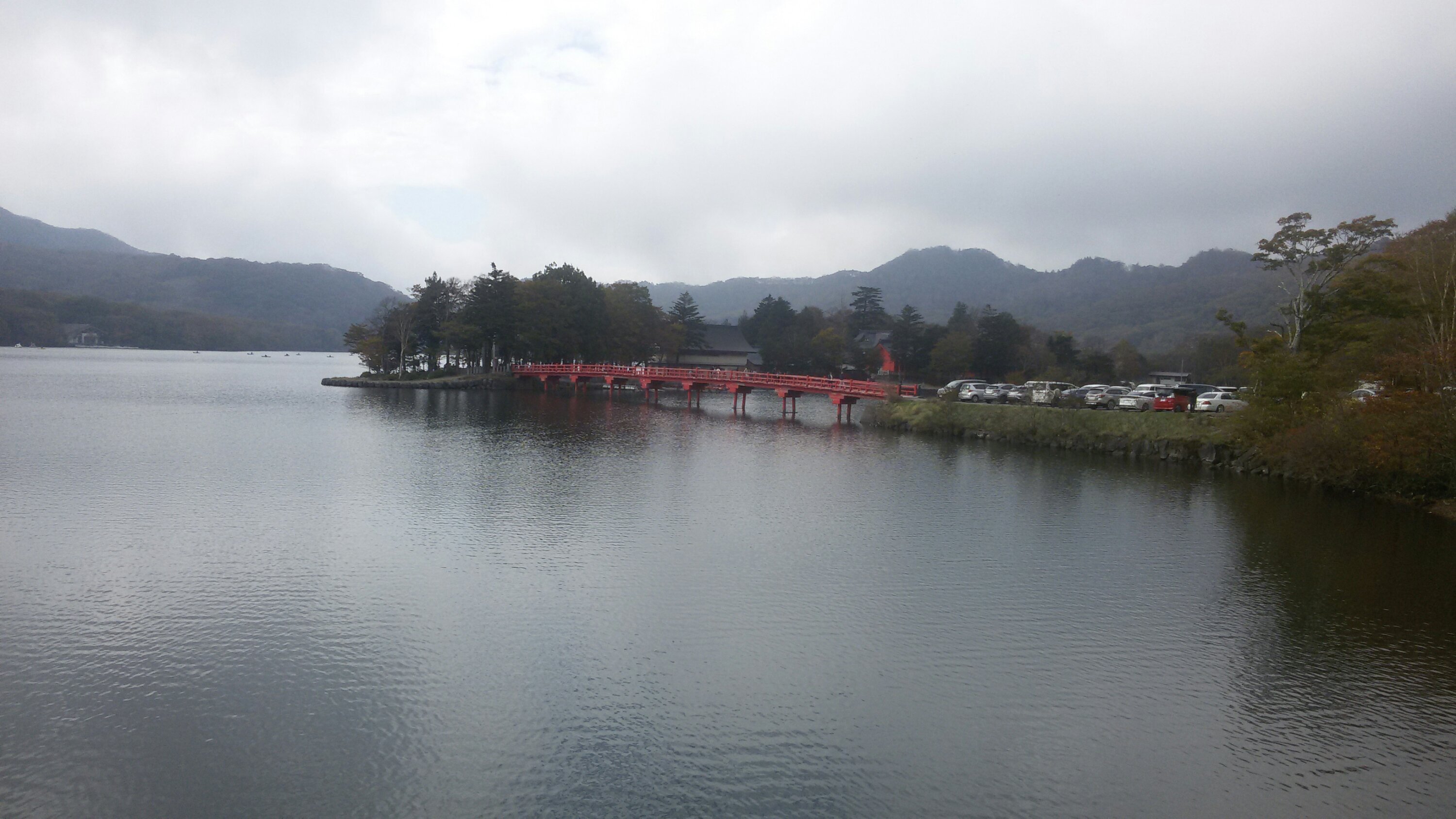 After Haruna we go down and then we go up again. We have 16km to go to Kusatsu, all uphill, when we pass by a Michi-no-Eki. I stop to use the bathroom and before we know it we decide to stop and stay here for the night. It’s 16:45 and will be dark soon, and we don’t know if we will find a place to camp later on the ascent, but mostly because my body is just like “Noooooope, not doing this anymore!” and for once I listen.

I wake up feeling much better than yesterday. We eat pastries for breakfast while warming our feet in the hot footbath. It’s cold up here! Then we cycle the remaining 16km uphill to Kusatsu. Along the way we stop at a konbini to eat more pastries (soooo many pastries, all of the pastries, we will be made of pastry by the time we finish) and strike up a conversation with a flamboyant hairdresser from Maebashi, who is touring around in his Porsche, who tells us that the road to Mount Shirane is closed because of volcanic activity. Dammit! That’s the road we wanted to take!

Just before entering the town we stop at the tourist information center to ask about the road, and it is closed indeed. Apparently there is some ash and small rocks falling from the sky, fair enough. Looks like we’ll have to backtrack out of town, but we don’t worry about that now because first we have a town and a hotel to enjoy!

In the parking of the tourist info Antonio points at a guy who is standing over his motorbike, and says: “He looks like the guy from the camping in Kutchan!” Before I have time to make the joke that not all Japanese look the same and that that’s racist, he turns around and lo and behold, it IS him! What a small world! Our laughter and excitement draws a crowd, and we start chatting to an older man, who asks the usual questions of where we are from and where we are going, until he suddenly asks a question we haven’t heard yet in this country: If we would like to stay at his house?

Unfortunately we have booked a hotel which cannot be cancelled, but “no problem”, he says. He will drive us to his appartment right now to show us where it is and arrange with the receptionist to give us the key. He and his wife have to go back to Tokyo, where they live, but the appartment is ours to use tomorrow. This is great! This means that we can have a day and a half in Kusatsu! A break from these endless uphills!

Both days we spend wandering around town, which is nice but very touristy. We take naps in the hotel and drink beers and take more footbaths and eat so much food. 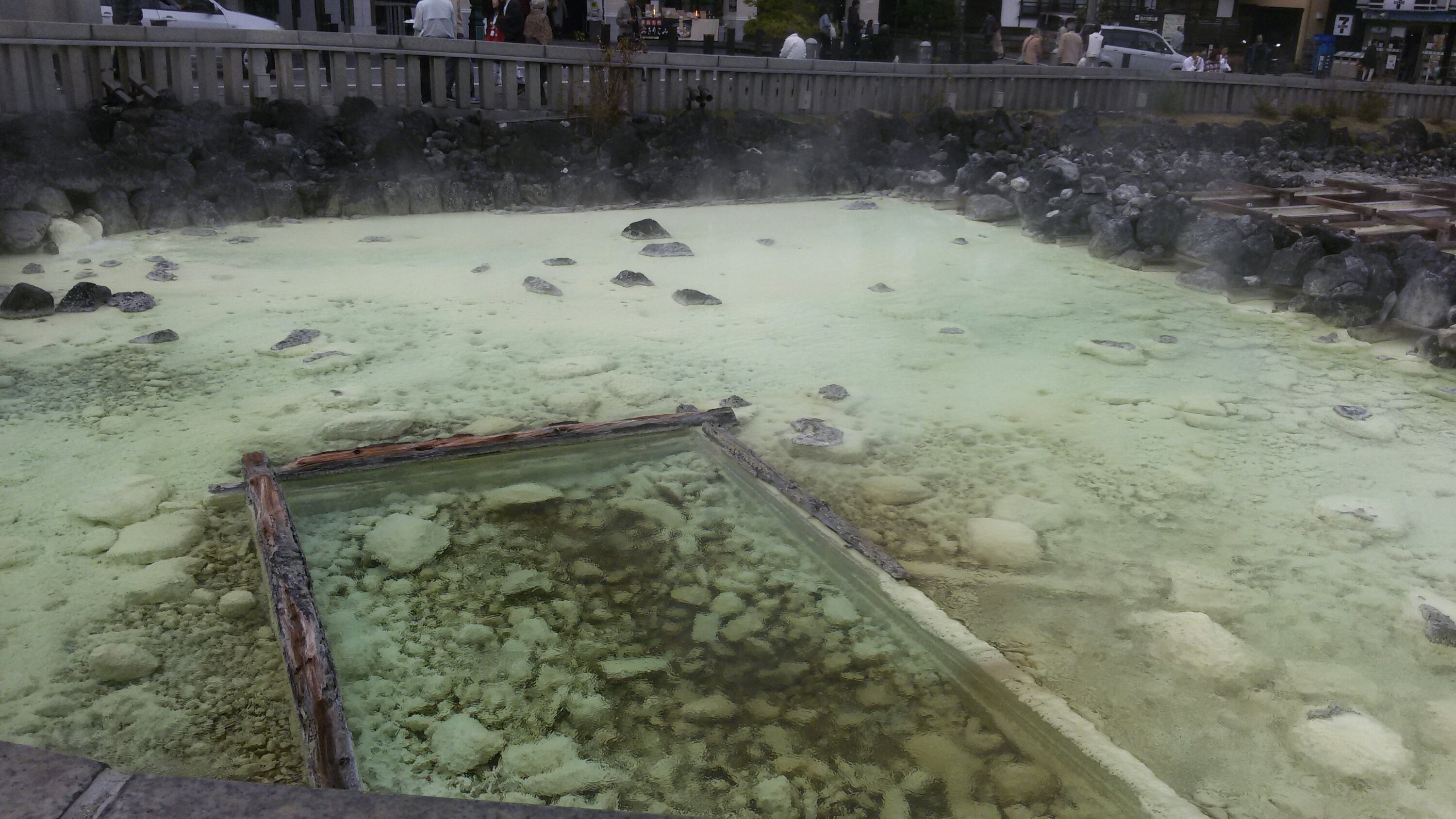 Enormous source of onsen water in the middle of town

The second night we have the tiny appartment all for ourselves: the beds fold out of the wall, the kitchenette is hiding behind folding doors and the bath is stuffed with skis and winter gear. We make a shabu shabu for dinner: slices of meat and vegetables dipped into seaweed-based broth and everything is perfect again.