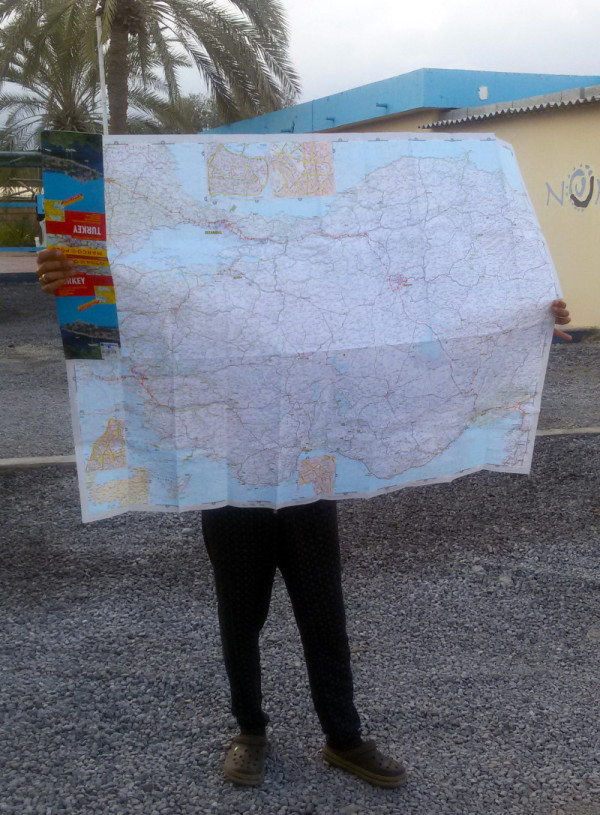 For many travellers the adventure starts with a map. Spread out on the floor we dream over destinations with names we can’t pronounce. We follow rivers or mountainranges with our fingers, place little marks on places we want to visit. We have maps with pins that proudly display the places we’ve visited.

That’s why it’s weird that I only now made a map with an overview of our trip. I don’t know why it took me so long. For most countries we have paper maps with the route and campsites marked, but for some reason I just couldn’t be bothered to make a digital one, until now. So without further ado, I present you:

A map! [update: since migrating the blog the maps plugin doesn’t work, and it won’t directly link me to the awesome map I spent a LOT of time making directly, so this link directs you to the original post instead]

Allow me to explain. The blue bits are the part we actually cycled. The red bits are the parts we cheated by taking a train or bus, and the black parts are the ferries that we had to take because well, water tends to get in the way, although that didn’t always stop us.

Maps are meant to present data in an orderly manner, and in this case the data makes one thing really clear: we cheated a lot! It hurts a bit to see how much red there is on the map, all the parts we skipped by bike and choose to take the train or bus instead. Sometimes because we had to due to injuries (such as from Lar to Shiraz in Iran, and Mostar to Ljubljana in the Balkans), sometimes just because we are not very brave and not very inclined to cycle in subzero temperatures (Tabriz – Kayseri). And sometimes also just because we’re slow and had a deadline (Southern France). Just keep in mind how much slower cycling is compared to taking public transportation. The train from Tabriz to Kayseri took us across half of Turkey in only two nights, but it would have taken us at least two weeks to do the same distance on a bike. So even though it looks  like we didn’t actually cycle that much, trust me when I say we did. At least it is a good reason to go back another time!